The caffeine in Caribou Coffee can vary greatly depending on the type of beverage and size chosen.

Here we list most of their coffee and tea-based beverages and the caffeine each contains by size.

*Estimated caffeine content based on the additional cocoa used in the beverage.

Unless noted, Northern Lite Beverages have the same caffeine content as their full-calorie counterparts.

Caribou also produces a line of bottled coffee beverages. Here’s how they measure up caffeine-wise.

Caffeine in coffee can vary (due to coffee origin and blend used) and may be more or less than the amounts shown above.

How Does it Compare?

Caribou Coffee began in 1992 after its founders made a trek to Alaska and were inspired to start the business.

Caribou started in Minneapolis but is now in 16 states with almost 500 company-owned locations. Caribou is now owned by JAB Holding Co.

Are you a fan of Caribou Coffee? 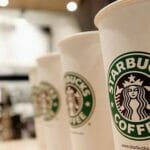 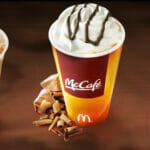 The 9 Most Dangerous Caffeinated Products

Caffeine During Pregnancy: How Much is Safe?